Jennifer Summer Ashley is a dancer, lawyer and stripper with a varied history of performance. She started dancing at the age of 3, training in ballet and Chinese dance and eventually branching out into modern and contemporary dance, entering many dance competitions and exams in her youth. At the age of 18 she discovered pole dance and eventually started stripping a shortly after that, and in the last few years she has trained in various disciplines of aerial arts.

Her dance training has both helped and hindered her in her life as a stripper. While it has provided her with great proprioception and the ability to pick up skills quickly, it has made her overly aware of technique, to the point that she often finds it difficult to immerse herself in the flow. “For me, my awareness of technique takes away from my flow…do I want to be perfect or do I want really good flow? And for me, I seem to not be able to do both at the same time” she says. For Jennifer, performing as a stripper becomes a balancing act between good technique and immersive flow and musicality, which makes her a compelling performer to watch. 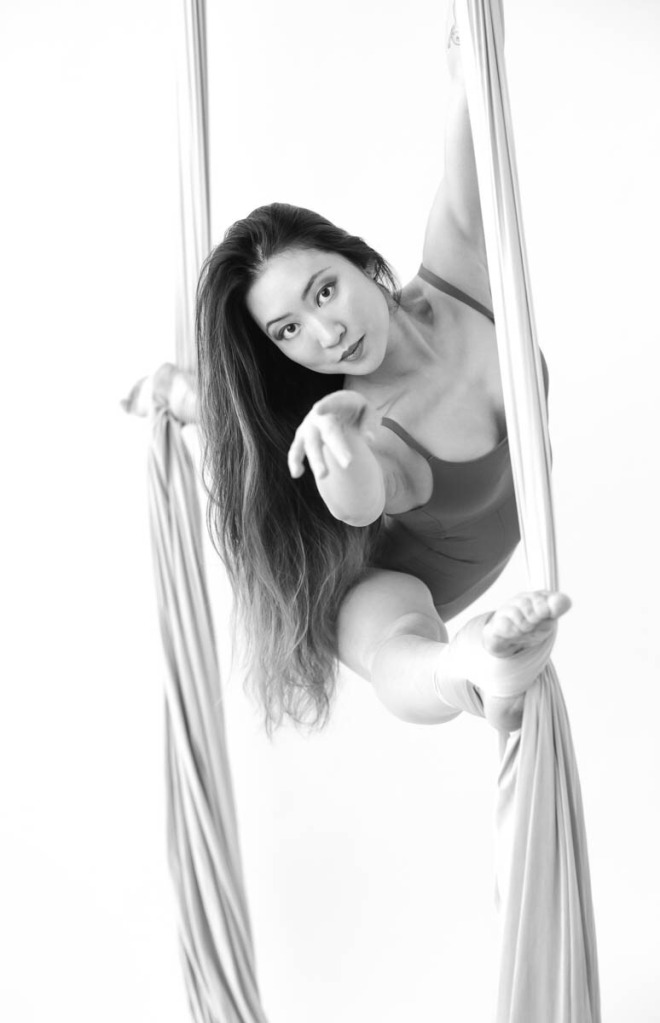 Her piece for Shooting Gallery examines the judgements that all dancers face, not just strippers, although the societal stigma faced by exotic dancers is an added level of denigration that they must reckon with. Although she has received some judgement from outsiders around her status as a stripper, there is an extreme level of objectification that one must face as a dancer of any kind. “Both industries are very hard on women, and the talent in general. You’re disposable. You work so hard, you just want to perform, you just want to be on stage, you just want to do your art, but you get all this pushback from the people in charge…you’re not skinny enough, you’re not flexible enough, you’re not strong enough…as a dancer, that’s your reality, but as a stripper, that’s your reality PLUS the stigma” says Jennifer. Combining contemporary dance and exotic dance styles of movement, Jennifer’s piece attempts to draw parallels between the experiences and the movement styles of these two types of dance, using voiceovers to highlight the unhealthy judgements faced by female performers using their bodies to make their art.

With her piece for SGPS, Jennifer is making a concerted effort to transition into making “art” performance, although she believes that working as a stripper is one of the greatest ways for a performer to get paid a good wage to work as an artist. She calls herself a “bad stripper”, as she is much more concerned with creating a compelling performance on stage than she is with making money. “For me, stripping is just an opportunity for me to develop my art every night at work” she says. Stripping has enabled Jennifer to grow as an artist and to come into her power as woman, but it has also made her a much more empathetic person due to her exposure to such a wide variety of people with different lived experiences. She describes stripping as her own “ethnographic survey, which is really cool for me”.

After years of experiencing misogyny from both the dance world and the strip world, Jennifer really believes in the power of art to express these ideas to people who may not be aware of the parallels between these two worlds. “This is part of the story of so many dancers, and I have a way of expressing it, so if it works out it works out, and if it looks pretty, even better” she says.

Jennifer Ashley will be performing her new piece for Shooting Gallery Performance Series at Left of Main on March 28, 29 and 30.